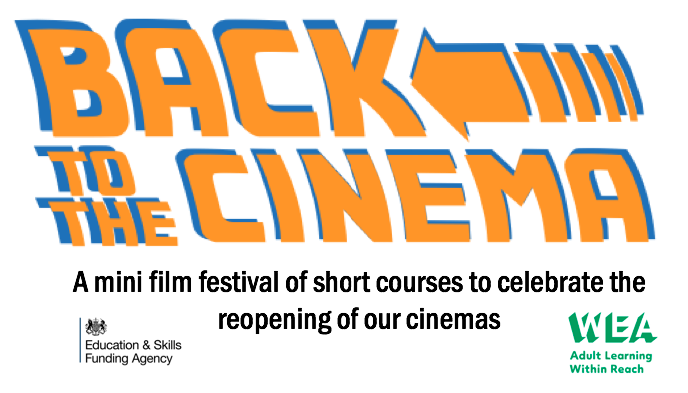 As we start to look forward to the reopening of community cinemas including Aylsham Picture House (more details to follow), the Workers’ Educational Association (WEA) have been working on a very exciting short educational film festival called Back to the Cinema, that promotes and celebrates film and the reopening of cinemas in May.

They are running 4 short courses over four consecutive evenings on a range of genres, that celebrates and promotes upcoming film releases – with their expert film tutor James Clarke, who is a writer of books, screenplays, film journalism and is a Fellow of Higher Education Academy. All of the courses in the festival are completely free and you can find information on how to enrol on the poster which you can access via the link below:

WEA Back to the Cinema poster

The WEA (Workers’ Educational Association) is the UK’s largest voluntary sector provider of adult education in England and Scotland. They were founded in 1903, and have been bringing high-quality, professional education into the heart of communities ever since. 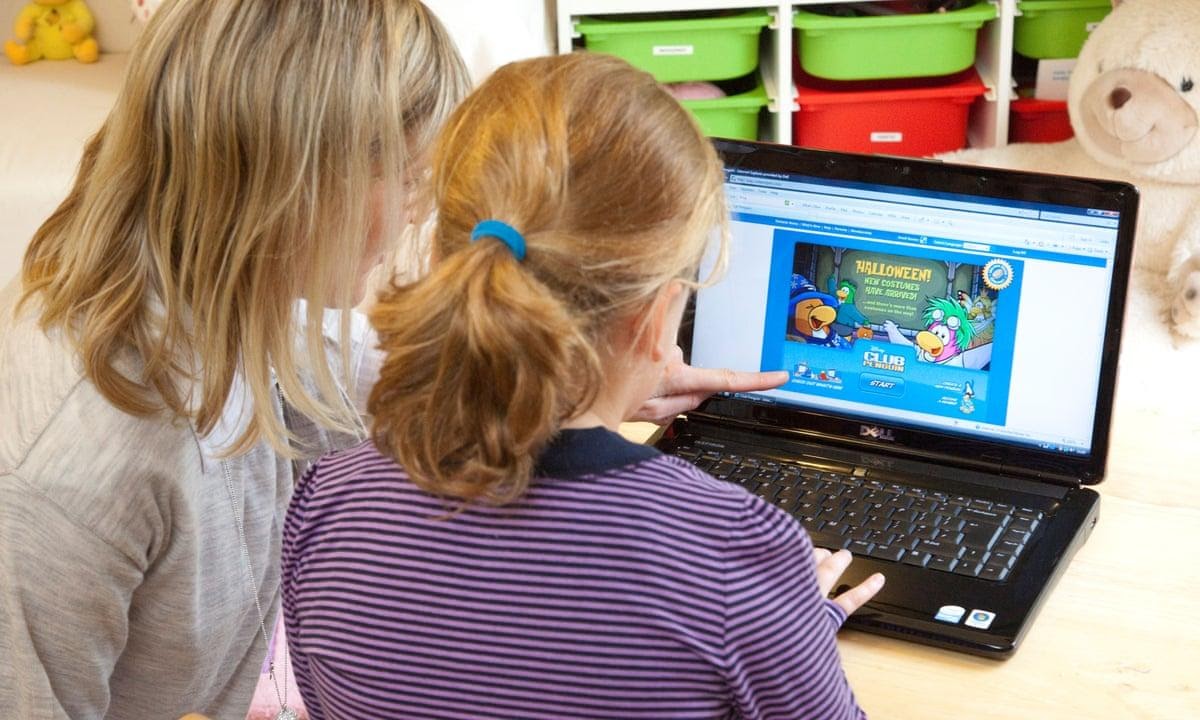 We recently received an email from Aylsham Rotary about their Community appeal – I have copied the text below in case you can’t open the appeal letter itself.

The Aylsham Picture House committee met this week and decided unanimously that we would donate £1000 of funding we had put aside to run an animation project with Aylsham High School. We feel that in the current circumstances this money would be better spent on supporting school children with their education at these difficult times.

If you have any old laptops, or are able to provide some financial assistance to this appeal, please contact Mike Downes, whose details are given at the bottom of the appeal.

Many thanks for any help you can give, and please continue to look after yourselves and your loved ones.

You will all be aware that schools have had to close again and that pupils are once again learning from home. There are still lots of young people struggling to cope with this because of a lack of suitable IT equipment especially laptops and tablets. Our four Aylsham schools are all aware of families and children who cannot access a computer to take part in lessons or access/complete on-line learning.

How can you help?

The Rotary Club of Aylsham is leading an urgent appeal to try to access some laptops or tablets to distribute to families directly. We have the support of Aylsham Computers in Red Lion Street who have offered to equip any computers we collect with new hard drives if needed for just the cost of the part. This will ensure that old data is destroyed and that the computer is safe for the children to use.

Do you have a laptop/tablet that you no longer use?

Are you or a group of people prepared to make a donation to enable more to be bought or upgraded?

Do you have information which may help us find more sources of hardware or help with upgrading?

If you can help in ANY way at all or you want more information please contact: 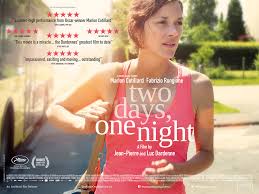 We thought it was time for some more recommendations from our committee and supporters. Once again please find below synopses and links to trailers for some great films, along with suggestions on where you can find the films.

Deux Jours Un Nuit/Two Days One Night (French, subtitles) 2014
A young woman has just one weekend to convince her colleagues to give up their bonuses, so that she can keep her job.  A sensitive and quietly powerful film.
View the trailer here

The Two Popes 2019
In the Vatican, Pope Benedict and the future Pope Francis discuss and argue to find a consensus between their respective conservative and progressive viewpoints, to forge a new path for the Catholic Church. Brilliantly acted by Jonathan Pryce and Anthony Hopkins. Clever, subtle and entertaining.
View the trailer here

Leave No Trace 2018
A father and daughter live a secluded existence in a beautiful nature reserve in Oregon.  When a small mistake reveals their existence to the authorities they are sent on an increasingly erratic journey in search of a new home. ‘a powerful and poignant story’… ‘immensely moving’…
View the trailer here

Spotlight 2015
In 2001 journalists of the Boston Globe set out to investigate allegations of sexual abuse within the Catholic Church. Gripping and intelligent dramatisation of a very painful and complex story which needs to be told.
View the trailer here
(Available on Netflix, Amazon Prime, BFIPlayer)

We hope you enjoy some (or all?) of these films, and please continue to look after yourself and your nearest and dearest. 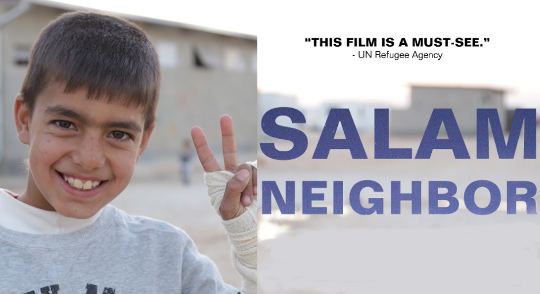 While Aylsham Picture House remains closed for the foreseeable future, we hope you have been able to continue watching great films at home in our absence. However, if you need a little inspiration, here are some recommendations from volunteers and friends of APH.

Firstly, several of our committee members recommend ‘Bait’, a British film set in a Cornish fishing village, where tensions grow between local fishermen and a family of Londoners visiting their holiday cottage.

It’s quite a dark film, but with funny moments too.  And technically adventurous, shot in black and white. The critics loved it, and it won several awards in the UK and abroad.  Some people found it pretentious….see what you think! Follow the link below to a review and trailer:

If it looks and sounds up your street, it can be viewed through Amazon Prime,  BFI Player, and Curzon Home Cinema for around £4.49 if you don’t have a subscription.

For those of you who fancy something a little lighter, and if you have children you need to keep entertained, another recommendation if you haven’t already seen it (but it is also well worth another watch!) is ‘Song of the Sea’, a beautiful and poignant animated film which follows the story of a 10-year-old Irish boy named Ben who discovers that his mute sister Saoirse, whom he blames for the apparent death of his mother, is a selkie who has to free faerie creatures from the Celtic goddess Macha. You can watch a trailer here:

And if you like the look of that you can watch the film via YouTube, Google Play and Amazon Prime for £2.49 (unless you have a subscription)

The final recommendation for this edition of Aylsham Picture House recommends is a powerful documentary called ‘Salam Neighbor’ which a friend of the cinema who has spent time working in Syria and other parts of the Middle East suggested we should share with our audience. As we are unable to show it on the big screen, we thought we would share the link so you can watch it at home.

Salam Neighbor is an award-winning feature documentary made in 2015 but just as relevant now. The film and the campaign which came from it aim to connect the world to refugees. The film-makers set out to tell the stories of Syrian refugees in a refugee camp in Jordan with the dignity they deserve and the depth the world needs. Although it still feels like a simplified view of the refugee crisis, the film does have real impact and is well worth watching.

Both the trailer and access to the full film can be found here: http://salamneighbor.org/

The film is available to watch free on Amazon Prime  (£4.49 if you don’t have a subscription), or costs £2.77 to watch on Vimeo. If you do decide to watch it, please be aware that the first 5 or so minutes contain some graphic images which some viewers may find disturbing.

We hope you enjoy watching these films, and please feel free to let us know what you think of them via Twitter or Facebook.

For those of you missing Aylsham Picture House, and cinema in general, we thought you would like to know you can watch a selection of films on the film platform Mubi free for 90 days via this link:

They have a rolling roster of curated films, and new films are added daily. They also have a library of films you can access during the free trial. Many of the films on the site are foreign language films with subtitles, so it’s worth checking there are films on there you would like to watch before signing up:

This offer is extended to you via our partners at Cinema For All.

Please note that you will have to register on the website and give credit or debit card details to start the trial, and you will be charged £9.99 a month if you don’t cancel your subscription before the end of the trial. Make sure you check the terms and conditions before signing up.

Happy viewing from all at Aylsham Picture House. 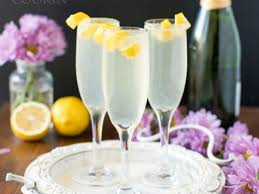