Aylsham Picture House has been bourne out of the vision of a small group of Aylsham residents who would like to bring film and the arts into the centre of our town’s life. We have a long term ambition to create a permanent building within the town but in the meantime have set ourselves the task of producing a number of pop-up events to see what type of events fellow residents want to see here.
DONATE NOW TO BRING FILM AND THE ARTS TO AYLSHAM

From Virunga Movie website: “In the forested depths of eastern Congo lies Virunga National Park, one of the most bio-diverse places on Earth and home to the planet’s last remaining mountain gorillas. In this wild, but enchanted environment, a small and embattled team of park rangers – including an ex-child soldier turned ranger, a caretaker of orphan gorillas and a dedicated conservationist – protect this UNESCO world heritage site from armed militia, poachers and the dark forces struggling to control Congo’s rich natural resources. When the newly formed M23 rebel group declares war, a new conflict threatens the lives and stability of everyone and everything they’ve worked so hard to protect, with the filmmakers and the film’s participants caught in the crossfire.
A powerful combination of investigative journalism and nature documentary, VIRUNGA is the incredible true story of a group of courageous people risking their lives to build a better future in a part of Africa the world’s forgotten, and a gripping exposé of the realities of life in the Congo.”

OUR PICTURE HOUSE AND HOW TO BUY TICKETS

All tickets are £5 and can be purchased from Barnwells Newsagents in Aylsham Market Place. They can also be reserved for payment on the night of the film by emailing bookingsaph@gmail.com, or they can be purchased from the Box Office on the evening of our screenings at the door of the Town Hall – subject to availability.

We regularly invite audiences attending our screenings to suggest films for the future that are then voted for and become our “Audience Choice” selection.

This is the short animated film created as a tribute to the heritage of Aylsham. 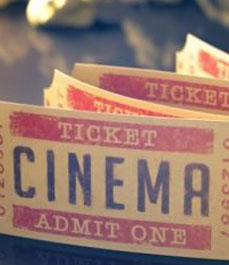 We show films in the Town Hall located in the Market Place of Aylsham. We screen a range of film genres with all funds raised through ticket sales reinvested into future film and events programming. We keep our ticket prices affordable at £5 each – available from Barnwell’s newsagent.

We are working on the Aylsham Community Animation Project in partnership with Aylsham Parish Church, Norwich University of the Arts, BBC Voices and Aylsham High School. Join our mailing list now to hear more about this project and to take part in future projects dedicated to promoting films, their production and enjoyment of screenings in our community.

We welcome your support to fund the partnership project we are running in 2022 and other programmes in the coming years. 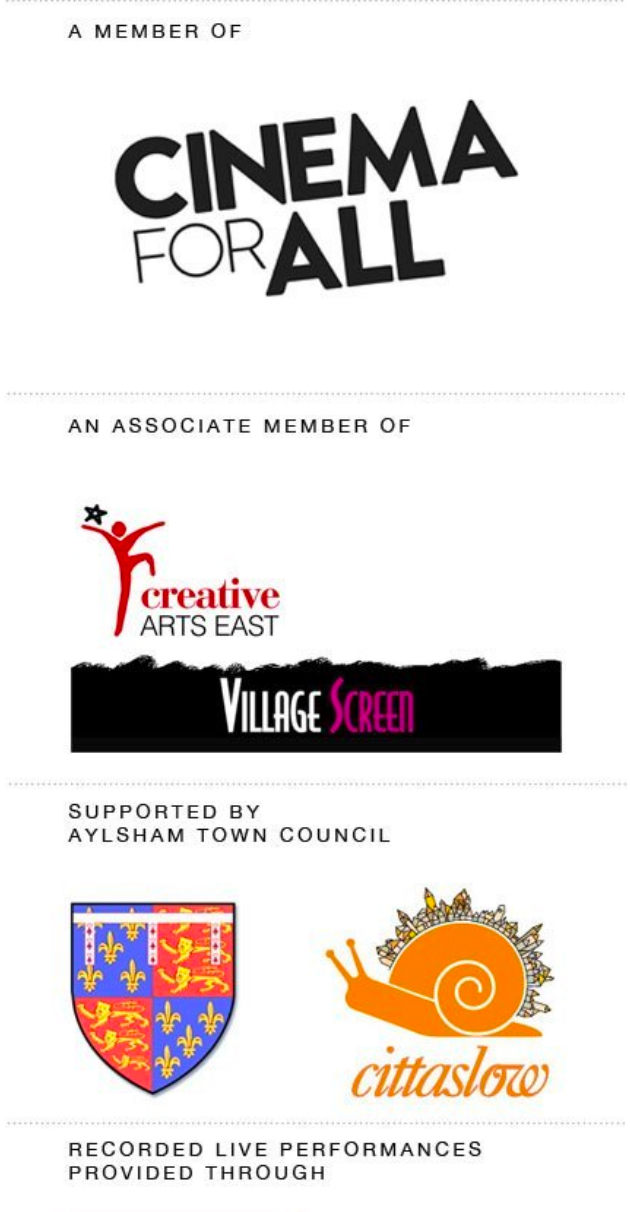 Everyone involved with Aylsham Picture House shares a real love of film. We hope that there will be something for every taste in our programming choice.
– More about our Film Season
– Members of Cinema for All
– Members of Creative Arts East: Village Screen

We all share a love of living in Aylsham – it retains an authenticity that makes living here very special. We hope our plans will add something extra special to the lives of all residents.
– Aylsham Town Council
– More about Aylsham

We love the Arts

We don’t see the Arts as a luxury but as an essential part of life. As Aylsham Picture House grows we want to develop a strong arts programme including  music, drama and other types of live performance.

Aylsham Picture House plans to create a broad programme of educational projects for everyone in our community – from those of school/college age to those wanting to engage in life-long learning.